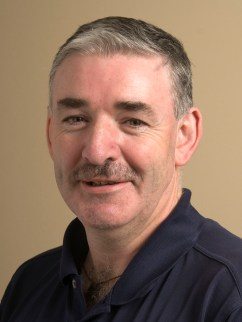 Conal Mulreany was born in Donegal, Ireland and emigrated to America in 1986.

He has spent his last 14 years helping Nolan Painting Inc. become one of the Nation’s most renowned and respected residential painting companies. As crew leader, he was known for running large and multiple jobs at the same time.  Currently, as Nolan Painting’s field supervisor, Conal mangers crew leaders as well as dozens of painters to ensure that the company’s high standards are upheld.

Conal has been a member of Nolan Painting’s Advisory Board since it’s inception in 2000. He is currently serving as chairman of the training committee, responsible for developing and delivering new hire and skills training for the company.  Previously, he chaired the production committee, leading a team to help make the company more profitable.

In 2004, Conal teamed up with Nolan Consulting Group Inc. to help train painting companies Nationwide. His favorite topics to speak on include the role of the crew leader and customer service. Conal resides in Havertown, PA with his wife Terry and two children, Melissa and Ryan.        `