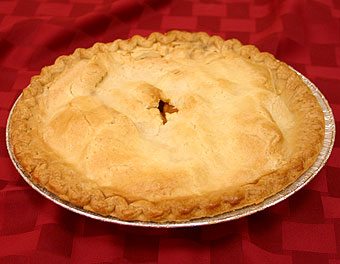 One thing you should know about social media in general and blogging in particular is a little bit about creating interesting and at least reasonably well-written content. Most would agree that to use any social platform at any kind of a high level would imply that you have to at some point hit a minimum standard and quantity of organic content. Even if by accident, it should happen somewhere along the way.

But blogging and social media aren’t juried. They aren’t moderated by anyone, other than you. Google Analytics won’t tell you if your content sucks, it will just tell you how many readers had the displeasure of its suckery. If it sucked bad enough, readers probably didn’t get to the end of it to get annoyed enough to take the time to tell you so. If a blog was a musical instrument, it would be a guitar. Easy enough to learn some basic chords, but taking a chunk of a lifetime to master.

Now, blogosphere regulars who are professional writers and social media consultants will sit right there and tell you that good content is not enough. And, well, they would likely be right. Whether that necessarily points to the conclusion that content cannot be king remains to be seen. What that camp lacks is enough exposure to the garden variety bloggers who never had to consider Klout social hierarchy, and who think it might be best to just buy some keyword laden blurbs from a content farm, enjoy the little stick of seo dynamite that their blog can be, and sell freaking widgets. Their blogs are not “I love me” shrines, and posts are not plaques on the wall. Blogs are selling machines, not to be measured in traffic stats, comments or membership, but in conversion and roi. If a blog doesn’t convert and return fast and cheap, it will quickly be abandoned and condemned as useless. The words that constitute content are just an unfortunate necessity. Even the keywords.

Both extremes are real, and the broad mid spectrum charges forward with one eye in the rear view mirror and the other on the windshield.

I was an English major and remember vividly just about every English major I ever shared a class with. I also remember the English teachers who were my colleagues in education in the 90’s, most of whom were writers of some novel that would somehow never be finished. Worse still, I saw the utter misery of a life’s work on dog eared legal pads stuffed in a brief case that would evaporate off a park bench while its owner pondered the wisteria. We are liberal artists, and we now have open source explosives. And all the backup in the world. Any of us who watched Spalding Gray’s Monster in the Box too many times in previous decades can heave a collective sigh of relief.

There is reason for hope, because there are alot of good writers coming into their primes right now. Right this minute. Every minute. Check your feeds. Most good writers are able to flow their ideas pretty efficiently, when the time is right. We compartmentalize our minds to be like computer screens with a couple of rows of open tabs capable of creating mental folders to slide ideas into all day long to brood over for what seems like forever before opening the keyboard valve. You know, the whole “survey the inner landscape” thing.

Writers are like safe crackers when it is time to put fingers to whatever electronic vessel shall receive our words. I wrote this draft in my iphone’s notepad feature while pacing around my shop. There is gold in the vault, and we must access and extract it as efficiently as possible, by whatever means immediately at hand, and boogie with the treasure. Good writing is that treasure and when you sort through the feeds and streams of all the major social media venues, there are nuggets of absolute gold to be found.

So, if social media is truly social, and even a marginally accurate reflection of the society that evolved to spawn it, then good content can hold a high enough esteem still to be recognized as good writing, and content can probably always be a contender around the chair being fought for, in which the king will sit.