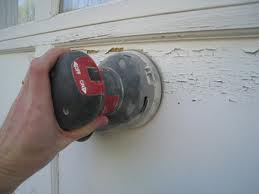 I’m in the middle of a Elevated Blood Lead Investigation.  This is where I try and find the source or sources that caused the lead poisoning of a child.  One suspect is a painter who transferred lead dust from his clothes to the family car and then that dust was transferred to his wife’s clothing and ultimately to the lead poisoned child, whom she is the nanny for.

During my research, I came across these case studies, which may be of interest to some.

Case 1:  In September 2008, a male aged 12 months with a BLL of 18 µg/dL was reported to MCLPPP; the boyfriend of the child’s mother worked for a painting and paint-removal contractor. The mother’s boyfriend was transported to and from work in her vehicle with the child in the car. No lead paint or lead dust was detected in the family home in a 1980s public housing complex. The mother’s vehicle had a lead dust level of 2,100 µg/ft2 on the passenger seat, and the child’s toddler safety seat had a lead dust level of 120 µg/ft2. The car was cleaned commercially and the mother reported vacuuming and wet cleaning the interior. The mother replaced the vehicle when follow-up testing in November indicated lead dust on the passenger seat (1,000 µg/ft2) The child safety seat was replaced and upon retesting in May 2009, the child’s BLL decreased to 7 µg/dL.

Case 2:  In April 2008, a female aged 28 months with a BLL of 12 µg/dL was reported to MCLPPP; upon retesting in May, her BLL had increased to 22 µg/dL. Her father was employed in paint removal (by sanding and grinding) in an 1860s building. The paint tested positive for lead when the father tested it with a home lead test kit. The father’s BLL was 71 µg/dL. The family did not own a vehicle and resided in a 1920s building that had been renovated in 1984. No lead paint was found inside the home; lead dust levels of 1,200 µg/ft2 were detected in the entryway to the exterior laundry room where work clothes and shoes were typically removed. The child’s safety seat, kept in the same hallway, had a lead dust level of 100 µg/ft2. The family discarded the seat; when the child was retested in June, her BLL had decreased to <5 µg/dL.

Case 3:  In January 2008, a female aged 13 months with a BLL of 15 µg/dL was reported to the Maine Childhood Lead Poisoning Prevention Program (MCLPPP); her father’s previous occupation involved sanding and grinding paint from pre-1950s residential buildings. According to the father, the employer only required workers to wear dust masks and therefore did not adhere to the Occupational Safety and Health Administration’s lead-removal safety standards. No lead paint or lead dust was identified in the child’s home (a 1990s mobile home). Lead dust wipes of the family’s only vehicle, which was used to drive to job sites, identified lead dust on the driver’s seat (550 µg/ft2) and on the infant child safety seat (43 µg/ft2) that had been kept continuously (from birth to age 13 months) in the vehicle. A sibling aged 3 years who used a booster seat that was kept inside the home when not in use, had a BLL of <5 µg/dL. Both child safety seats were replaced and the vehicle was vacuumed and wet cleaned; upon retesting 7 months later, the affected child (at age 20 months) had a BLL of <5 µg/dL.

Case 4:  In April 2008, a male aged 18 months with a BLL of 22 µg/dL was reported to MCLPPP; his father had worked for 10 months for a particular contractor. The boy’s father routinely picked his child up from a state-licensed child care facility in his work clothes during his employment. No lead paint or lead dust was identified in the 1978 public housing complex in which the family had resided since March 2008. Lead dust wipes of the family vehicle detected lead levels of 240 µg/ft2 on the truck floor and 95 µg/ft2 on the child’s safety seat. The child safety seat was replaced. The vehicle was vacuumed and wet cleaned. Follow-up BLLs were 13 µg/dL in December 2008 and 11 µg/dL in March 2009.

Long story short, we may want to take better precautions, not only for our own family’s sake, but for others safety too.

12 thoughts on “Taking Your Work Home With You”