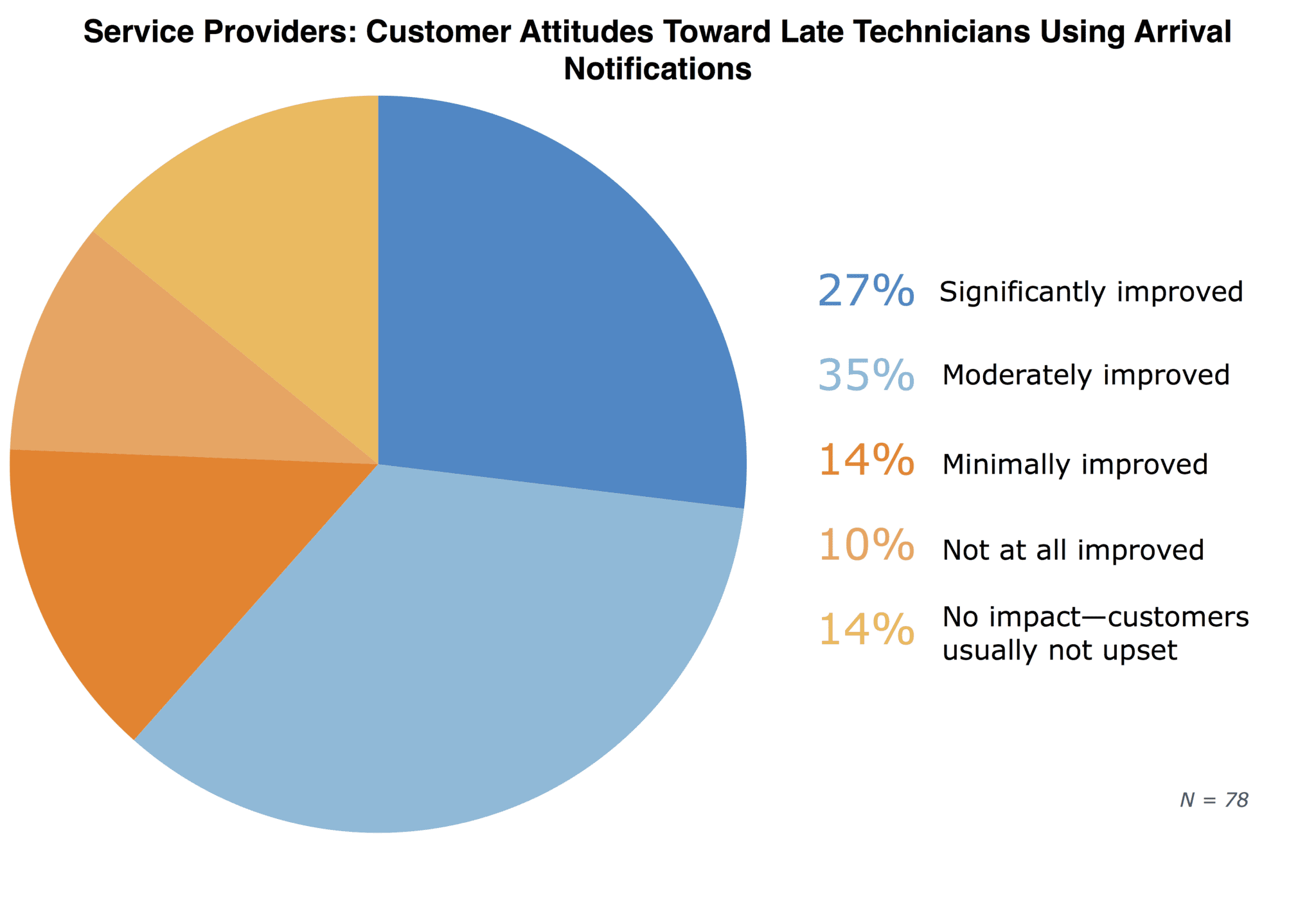 If you are a one man show, you probably have no problems being on time for estimates and jobs, and are able to communicate with clients if you are running behind. But for those running multiple jobs with several employees, often driving company vehicles, it can be difficult to keep track of everyone.
The worst call is from a customer asking, “where is the painter you said would be here at 8?” and you don’t have a clue. You have to tell the customer, “I don’t know, but I’ll call you back and let you know”, then scramble to find out that your employee is still at the paint store waiting for the order, or stuck in traffic. You handle it and think everything is fine, they were just a little late, it’s ok right?
I came across this article and it made me rethink this. I thought about the difference I had recently with 2 different service providers I contacted , one told me that the service person would be there between 9-12 and I never heard more, was left waiting and wondering, the other said they would be there at 9:00 am and sent text updates to confirm. I was much happier with knowing with the latter!
I connected with Justin Guinn, a market researcher from Software Advice, a free comparison tool for dispatch software and asked a few more questions:

Your study revealed what some big customer pain points are and how technology can amend them. What did you find?

“Our report found that customers’ greatest pain point is waiting for late workers. Two-thirds of customers won’t do business with a service company again if that company is an hour late to an appointment. However, our report also found that 95 percent of service business who’ve adopted GPS-enabled scheduling, routing, and dispatching software see an increase in mobile worker punctuality.”

How else can dispatching software help painting businesses?

“Aside from increasing punctuality, dispatching software like this allows the back office to see the driving habits of mobile workers in the field. By recording and monitoring these driving habits, businesses can reward safe and efficient driving. It’s because of this, and because of more efficient routing, that 89 percent of service business who’ve adopted GPS-enabled scheduling, routing, and dispatching software see an improvement in fuel costs.”

Furthermore, the advanced scheduling features that typically come with this software allow mobile workers to most effectively route/plan their day so that they can get in as many jobs as possible. Thus, it’s not surprising that 95 percent of providers who’ve adopted the software have seen an increase in the number of work orders completed per worker per day.

Are business owners able to see where their workers are in the field?

“Business are able to see where their workers are in the field. So if a worker wraps up a job ahead of schedule, business owners can see where he is in relation to other jobs that need to get done and assign him one before his next scheduled job.”

What was the most surprising thing you found in your study?

“Most surprisingly, our study found that though 67 percent of people wouldn’t rehire a company if they’re an hour late, 73 percent of consumers are more likely to hire that company again if they receive notification of an updated arrival time. This finding seems to indicate that proper communication with customers can have a largely positive impact on business. The ability to notify customers about a late technician is something that’s folded into some of these systems.”