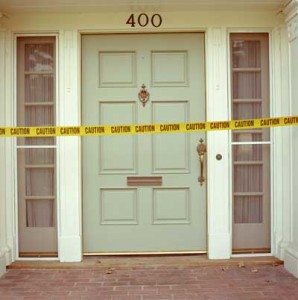 For thousands of years, lead has been known not to be people friendly.  Even as far back as the Roman Empire, they knew that lead could cause health problems, cognitive problems and even death. Yet, lead had so many advantages that they down played the disadvantages.

Lead leached from their plates, goblets and containers into their food and wine. As we all know, the Roman elites loved their food and wine. Julius Caesar was the Don Juan of his time. Yet, he could never have any children (an effect of lead poisoning). Caesar Augustus was not only sterile, but basically had no interest in sex at all (another effect of lead poisoning).

Emperors like Caligula, Nero and Commodus were basically degenerated fools (yep … another lead poisoning symptom). Many historians say that Nero wore a breastplate made out of lead as he fiddled and sang, while watching Rome burning.

In the Middle Ages, the French referred to lead as poudre de la succession(succession powder). This is because lead can be used as an invisible (in that day and age) and slow acting poison.

So why would anyone put it in paint?

Simply put, it makes a darn good product.  Lead in paint helps make it brighter, durable, flexible, stick better, anti-corrosive, resist mildew and many other positives.  The reality was that countries throughout the whole world put lead in paint.

As early as 1626, lead was being mined and used in Virginia.  So there was another tremendous advantage … it was cheap.  In 1786, Benjamin Franklin wrote about lead poisoning, but Americans still didn’t associate lead with danger.  In 1887 U.S medical authorities diagnosed childhood lead poisoning, but there still wasn’t an association between usefulness and injury.

In fact, the U.S. was slow … very slow to react to the dangers of lead in paint.  By the start of the 1900s, many other countries started banning lead based paint, while America began producing more and more of the stuff.

In 1914, lead based paint poisoning which resulted in death was written about. It was a child chewing paint on a crib.  In 1921, National Lead Company (in USA) admits lead is a toxin.  In 1928, Lead Industries Association started to combat negative publicity and was actively advertising the benefits of lead based paint.  By now, most of the world has already banned lead in paint.  Even small countries like Tunisia, Greece and Yugoslavia had the common sense to stop adding it to paint products.  In 1943, a report was issued about the dangers of eating lead based paint and the damage it can cause.

Finally in the early 70’s there was so much science saying lead was bad stuff that even Americans caught on.  In 1971, President Richard Nixon signed the Lead Based Paint Poisoning Prevention Act (LBPPPA).  In the same year, the CDC lowered the limit of lead poisoning to 40 mcg/dl.

In 1976, The Toxic Substances Control Act was signed into law.

It was only in 1978 that America finally joined the world band wagon and banned adding lead to products, including paint. The Consumer Protection Commission initiated the ban.  The effects of this ban would cause lead poisoning cases to drop dramatically for the next several decades.  Interestingly, by 1980, America was using 40% of the world’s lead. This is 2 years after it was banned in many American products. We still loved our lead!

One thought on “A Darn Good Product”