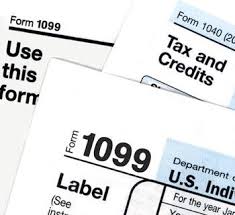 With the “sharing economy” and “gig economy” continuing to grow, the debate around employment classification rages on. Companies like Uber and Lyft are at the forefront with lawsuits being filed around the country. According to the Wall Street Journal, Uber recently agreed to pay $100 million dollars to resolve disputes in California and Massachusetts.

We frequently get calls from clients who are classified as independent contractors when they are actually employees. This can make all the difference between qualifying for workers’ compensation benefits or receiving nothing at all.

Employee misclassification is a big problem around the United States.  The IRS has even written about it. Some businesses intentionally pay wages as non-employee compensation (Form 1099) to avoid purchasing required workers’ comp insurance. This has a real human cost when employees get hurt and cannot pay medical bills or support their families.

Who is considered an employee for workers’ compensation purposes in Michigan?

Amendments to Michigan’s Workers’ Disability Compensation Act (WDCA) in 2011 changed who is considered an employee. On and after January 1, 2013, services are employment if performed by an individual whom the Michigan Administrative Hearing System (MAHS) determines to be in an employer-employee relationship using IRS revenue ruling 87-41.

Factors to be considered include:

This is a departure from the old test that focused on whether a person maintained a separate business, held themselves out to the general public, and were an employer subject to the act. Additionally, the Michigan Supreme Court previously found that income tax records were directly relevant to the question of employee status.

A recent decision by the U.S. Court of Appeals for the Sixth Circuit examined the issue and seemingly applied a hybrid analysis finding the old test was not necessarily replaced but supplemented. This issue will surely be addressed in future Michigan appellate court rulings.

While there remains confusion about Michigan law, it is clear that many people are unfairly denied. We recommend speaking with an experienced attorney if your workers’ compensation benefits have been disputed based upon employment status. 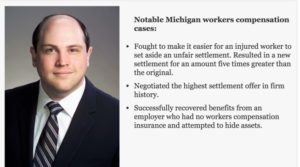