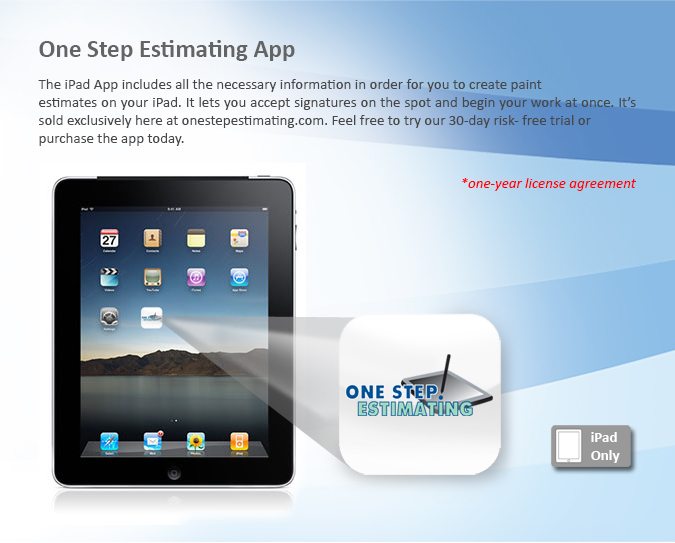 That was biggest takeaway from an Estimating course I took from Bob Cusumano last year. Measuring and Estimating was one thing my husband and I had always disagreed on. He could walk a job, know how long it would take and be able to say how much. Of course, he had been doing it for 25 years.
When I started doing the estimates a few years ago, I could not do that! So I had the crew keep notes on certain tasks for a year (yes, I drove them crazy!) to create production rates that I then used as items in Quickbooks. I do a lot of estimates off of blueprints, so it really helped.

Rob and I still disagreed about whose way was better, several times we did estimates together, he did his “eyeball method” and I did my “measure everything method”. Most times we were within 10% of each other, but most times he was a little less!
After he took that course with Bob, he saw the light and agreed to measure everything.

I usually show up do an estimate with all my stuff in a bag, tape measure, notepad, camera, etc. I walk the job site with the homeowner and discuss the areas to be painted and point out areas of concern, taking notes. I then ask the HO to sit down and look at our portfolio, a book with testimonials, case studies, project options, license info, etc. while I went back and measured.
I used a hand held tape measure and a wheeled one, writing floor plans and measurements out. Sometimes it was awkward balancing the notepad, calculator, camera, and measuring tape. I found an app that you could use on your phone to measure, but it was difficult to use. I found an electronic tape measure and that made it easier.

I still had to add up my measurements off my notes and do some computing. I’d try and do that before the customer finished looking at the portfolio, so I wouldn’t have them watching as I apparently “pulled figures out of my head”!

If it was a simple job, I’d provide a handwritten estimate on the spot using a template form I had created that I just had to enter the scope, materials and price. If it was a larger job, or had an aspect that I needed to check material prices or production rates on, I would have to do a follow up, either in an email or person. I really wanted to streamline this process, I had been using my IPad to show photos of our work, and I knew there was software to do estimates, so I decided to explore the options.

Estimating Software on an IPad

I found three different programs to look at. With all three of them, the constant is that you must know your production rates and hourly rate, although there are some preloaded and can be changed. I found it very easy to walk around with the just the IPad and laser measure.
Here is a comparison of features.

Propeller and QPP are both web based, the One Step is an Application specifically developed for the IPad (there is also a Tablet version). I am in a rural area and there were times I did not have service, and the One Step was still usable. The One Step also functioned better on the Ipad because it uses functions of the IPad, the scroll wheel was much easier to select items than the keyboard that Propeller and QPP required you to use. If you were using a desktop computer to write up quotes at home, than typing information in would be easier.

This was the where the big difference was.

All three allowed you to edit the content in the scope of work, materials, terms, contract, etc.  They all generated very nice looking proposals that can be emailed, and the customer can sign and accept on the spot with the One Step.

All three seem to have some type of support

All three were very good programs, my opinion is that it depends on how you do your estimates. I found the first two were better suited to doing estimates from the office after taking measurements and collecting information.

All three offer a Trial Version that allow you try them out, I encourage you to think about the way you do estimates and fine the program that works for, there are others besides these as well.

Editors note: After publishing this, it was discovered that Propeller has since gone out of business.