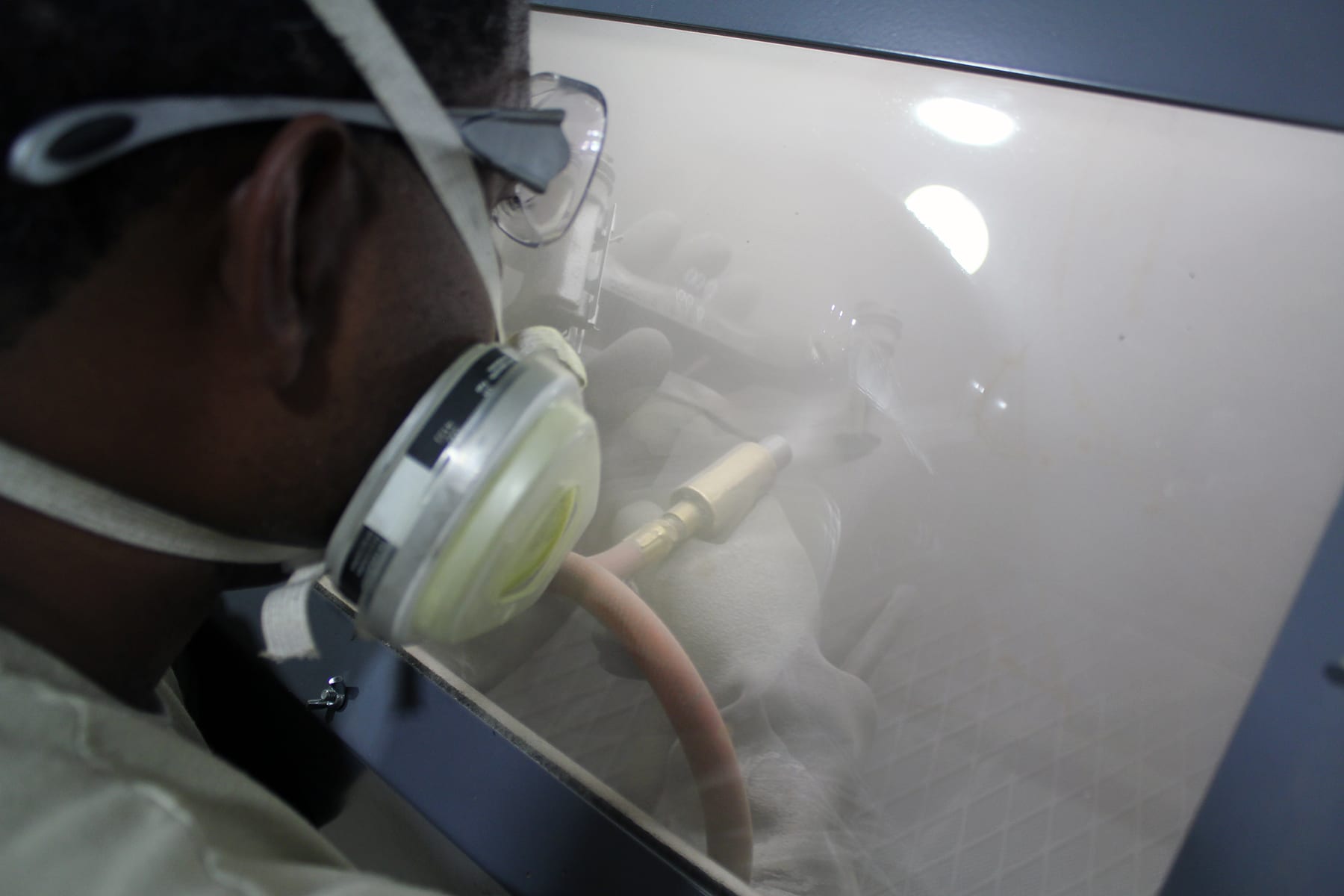 Sandblasting, or oftentimes called as abrasive grit blasting, is an effective way to clean and prepare surfaces. Skilled workers such as craftsmen, machinists, auto mechanics, and etc. use this process in their jobs. While the method is termed sandblasting, the abrasive material used is not only limited to sand.

Depending on the surface requiring treatment, the standard abrasives that can be used are steel grit, dry ice, corn cob, copper slag, walnut, and coconut shell. Though considered an expedient process, it does come with a potential health risk. Thus, it is highly advisable to always wear adequate safety equipment.

Put simply- sandblasting consists of hurling a particular media (material) at a high rate of speed using pressurized air. You’re quite literally blasting a surface with abrasive materials with the purpose of smoothening or scraping whatever you’re blasting.

Your goal determines what kind of media you opt for, and the most common variables to consider for choosing your media include:

In some applications of sandblasting (we cover this later in this article), you’ll see that sandblasting can be used to etch surfaces. To accomplish this, you’re going to need a media that ranks extremely high on the hardness scale, usually Aluminum oxide, or Silicon Carbide. For smoothing purposes, you’re going to want to use something with more moderate hardness, like Steel Shot.

Here’s a list of the most common sandblasting media, and their hardness:

Depending on your specific project and goals, you can choose a media on the range of media.

Ironically, one of the least common blasting media is actually sand. That’s due to the significant amount of silica in the sand, and in case you were wondering, that’s the same material that always comes with the “Do Not Eat” packets in any dry food you buy.

Here’s a more comprehensive explanation of different blasting media, and the best use-cases for each. But more importantly, it covers the safety concerns for each material.

Now that we understand what sandblasting is, and some of the variables to consider when choosing a media, let’s look at the 10 different ways that you can use sandblasting.

Where Can You Use Sandblasting? 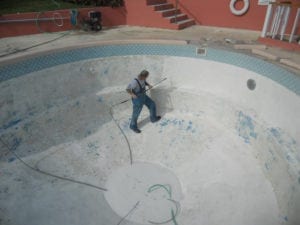 Before starting the process, the type of abrasive to be used is determined. As mentioned earlier, there are several media or abrasives used for sandblasting. For utmost performance, sand, concrete, and metal are frequently utilized.

In addition to that, a sandblasting cabinet secures the abrasives to ensure that it will not scatter all over the place or damage the surrounding area.

While you will see others doing the process by themselves, it is highly suggested to spend on professional sandblasting services to avoid the risks.  Once everything is ready, the process can now start.  An air compressor is handled by the worker in facilitating the cleaning process.

Strips off paint and corrosion 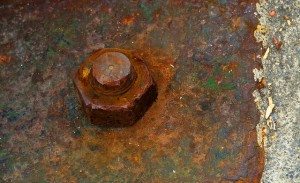 This is the primary task of sandblasting. It is a common knowledge that paint and corrosion marks are hard to get rid if you just rely on conventional cleaning techniques.

The reliable sandblasters can eliminate stubborn paint and rust plus other contaminants from cars, houses, machines, and other surfaces. With regards to removing paint from cars, the process is mild enough to strip off the paint without harming the metal underneath. 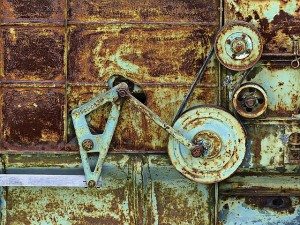 You may be surprised, but sandblast cleaning is not confined to enormous machines and buildings. This vital process can also be relied on to clean smaller instruments like automobile and metal tools. Examples of these are rusty screwdrivers and wrenches which can be quickly cleaned by sandblasting.

Meanwhile, you can sandblast machinery clogged with oil, dirt, and grease to ensure efficient functioning. Besides that, the cleaning process prevents machine breakdown and wear and tear. 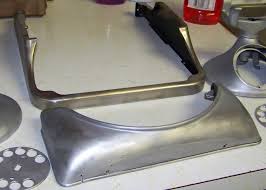 While cleaning is the main function of sandblasting, the process also leaves surfaces shiny and polished. In some occasions, you will find small mechanical parts made out of metal and plastic featuring rough burrs or other irregularities which make it impossible to assemble.

Not only does sandblasting polishes surfaces but it also removes burrs, tags, and excess material to guarantee productive assembly. Moreover, it smooths edges to attain the intended shape of the surface.

Yet, another surprising application of sandblasting is to create impressive art and designs. Talented artisans use the technique to carve remarkable patterns on different surfaces such as wood, metal, glass, and other materials.

Aside from this, other artists use the method to improve the aesthetic value of lackluster commercial properties. 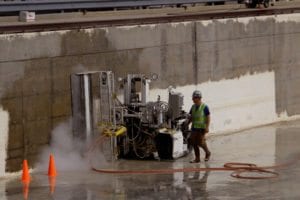 More than its industrial and mechanical purpose, the sandblasting process is a viable method to clean streets, walkways, pavements, and other concrete surfaces. With these areas ordinarily neglected, routinely cleaning and maintaining them extend their lives and minimize the possibility of accidents.

Without wasting water, you can effectively and quickly scrub clean concretes and pavements with sandblasting by using high-speed abrasives. 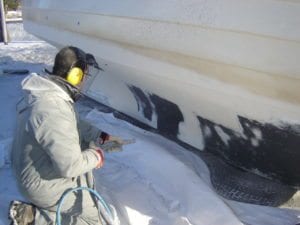 After sandblast cleaning, your surface is now prepared for painting, bonding, or some other coating activity. Substandard surface preparation will eventually lead to a failed coating system. Achieving a marginal level of cleanliness that leaves behind contaminants in the area will subsequently reduce the coating service life.

Having said that, sandblasting is an effective process for surface preparation. Inability to sufficiently prepare your surface for coating will only result to waste of money. Incidentally, fragile surfaces like wood may be cleaned with gentler media such as walnut shells or glass beads. 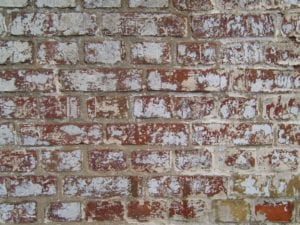 Bricks, stones, and concrete are ordinary raw materials used for residential and commercial properties. While painting is an option to improve the appearance of a deteriorating building or structure, sandblasting is a smarter solution to remove unnecessary mortar, cement, paint, and other substances.

Not only does it restore the original condition of the material but it also increases the longevity of the property. 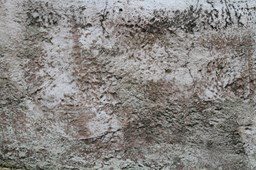 Mold is a prevalent problem found in homes. Lots of health issues caused by mold are already documented if it is not properly addressed. Concerns including itchy eyes, coughing, sneezing, asthma attacks, severe allergic reactions are some of the consequences of this problem. Take note though, implications can also be dangerous such as permanent lung damage.

Nowadays sandblasting is a new technique to eliminate mold. Medium used for the process is either baking soda or dry-ice. One of the benefits of this method is that the places which are usually tough to access like attics and crawl spaces are now easy to clean. Aside from that, sandblasting provides for the quick and effective elimination of mold with minimal damage and clean-up. 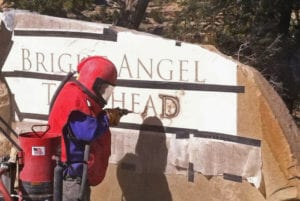 As mentioned earlier, sandblasting can be used for smaller projects. This handy process can also be utilized for spectacular signs from wood, glass, or stone. Memorials are a practical sample of this nifty sandblasting technique.

The advantage of using this method is that it has more depth than laser engraving. Having more depth means you can add color to your project to highlight your design. A lot of businesses use this technique to artistically showcase their logo or business name. 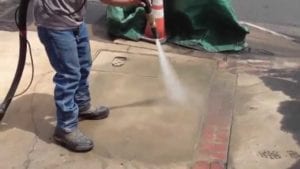 Normally, driveways can become stained with grease and oil over time. One way of effectively cleansing your driveway is thru wet blasting. This process blows hot water, soap, and a blasting agent all at the same time. During wet blasting, the water and cleansers break down the tough stains while the blasting agents blow them away.

If your driveway has seen better days and has old concrete grimes, wet blasting is a smart choice than power washing. The blasting process allows deeper penetration and at the same time removes a small thin layer of the surface. Afterward, it is highly recommended to seal your driveway to safeguard the blasting effects.

Alanis Juvelle Henry formerly worked as a human resource personnel at a construction site. Due to her young family, she decided to leave the job and has been working at home as an online writer.

9 thoughts on “What Is Sandblasting? (10 Different Use Cases)”